Riot Games, the developer and publisher of the acclaimed PC game League of Legends, has announced Season One will be kicking off on July 13, beginning the first major competitive season for the free-to-play online game. 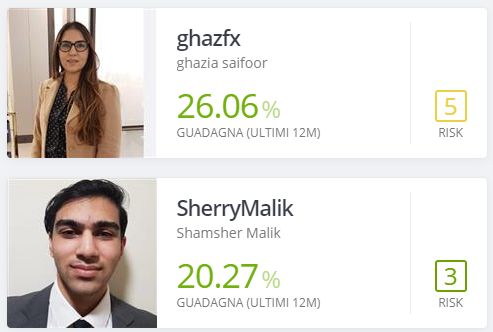 To facilitate a higher level of competition for the game’s nearly 3 million players, Riot Games is launching three major new in-game updates: Draft Mode, Ranked Games and Ladders. These features, along with many other updates such as new artwork, a revamped Web site, player profiles and log-in screens, make this the largest League of Legends content update since launching in October of 2009.

“The Season One features and updates will greatly enhance League of Legends and help us towards our goal of having LOL being played by the world’s top gamers in the biggest and best gaming leagues and tournaments,” said Marc Merrill, co-founder and President of Riot Games.

“We have been thrilled with the reception League of Legends has received from the players and we will continue to enhance and evolve the game to make it the best gaming experience possible. Season One is just one of many high-quality, free updates that our fans can expect to see in the months and years to come.”

Season One will last approximately six months and will feature many tournaments and other competitive events throughout the term. The season will conclude with a major tournament to crown the overall Season One Champion. Riot Games and other sponsors will offer numerous prizes for the tournaments including in-game items such as exclusive skins and Riot Points, gaming accessories from industry-leading gaming peripheral partners and major monetary prizes.

Below is a brief outline of the upcoming Season One updates:

– Ranked Games – Once Season One begins, summoners of Level 20 or above will be able to play in the ranked game system. At launch, ranked players will be able to join one of three queues: 3v3 Premade, 5v5 Premade, or 5v5 Solo. Players will receive an individual rating for each of these queues.

– Ladders – Once Ranked Play begins, players who choose to participate will have their ELO ratings displayed publicly on the League of Legends Ladder. On the ladder, players will be able to see how they stack up against the rest of their friends, peers and competitors. The ladder will be available on the official website as well as on the PVP.net interface.

– Draft Mode – Champion selection during ranked play will take on the form of a live draft. In 5v5 premade and 3v3 premade, the first phase of this draft process will provide the inviter of each team, who is automatically the captain, with the opportunity to ban the use of two Champions. Banned Champions cannot be selected for use on either team.

After bans have been dispensed by both sides, the teams will begin the draft process. During ranked play, draft picks will be exclusive, meaning that a drafted Champion will not be available for play by the opposing team. The team who received the second ban will begin the drafting process by drafting a single Champion. Following that, the game will follow a 1:2:2:2:2:1 draft format for the 5v5 brackets and a 1:2:2:1 format for the 3v3 bracket.

Initially Draft Mode will be available both in Ranked Play and in practice games. Normal Games will continue to utilize blind pick during champion selection.

– Improved Visual Styles – Many elements of the League of Legends Web site as well as the PVP.net interface will be updated with new art, graphics and animation. These updates will be brighter, more visually appealing and easier to use.

Riot Games operates League of Legends as a service to its community with content updates every few weeks. While the launch of Season One will see several major updates, Season One content does not stop there. Additional features and stats such as clans, teams, achievements, new Champions and balance changes will also be added throughout the season to further enhance the game and the user experience.

For more information on League of Legends please visit http://eu.leagueoflegends.com.